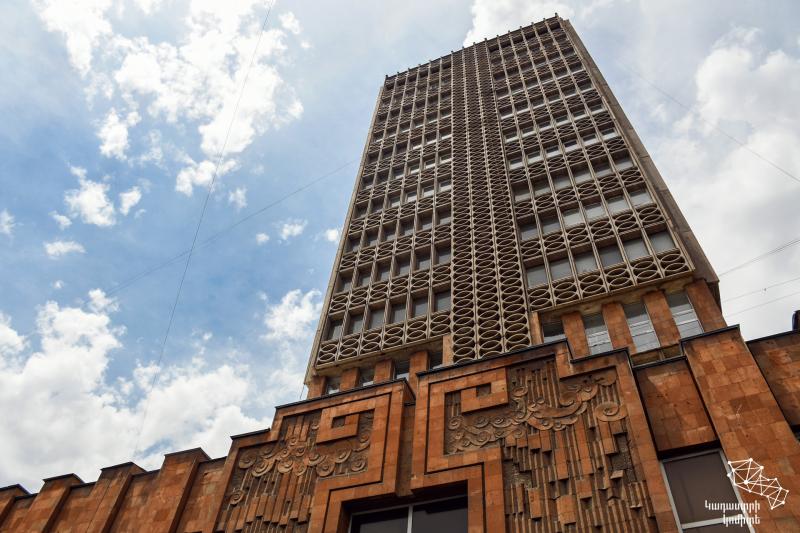 During the period of the Soviet Union, real estate was not fully included in the real estate market as an object of property turnover. Land was the exclusive property of the state, and considering it as a means of production in agriculture was provided only with the right of use. There was no need for recognition of property rights to land, nor for market appraisal. In the case of buildings, there was only ownership of citizens in the form of individual residential houses, and a certain amount of ownership of cooperative and collective horticulture companies. There was no system of registration of the rights of users and owners of either land or buildings, and only recording and inventory work was carried out.

After the independence of the Republic of Armenia, the privatization process of land, housing stock and other branches of the economy began in the republic, for the first time (1996) the concept of "real estate" was given by law, uniting the land and the property into one property unit. The real estate market and real estate appraisal took a shape, the creation of the latter was important for real estate transactions.

One of the most important steps in the transition to the new state registration system was the cadastral mapping and the first state registration of rights to real estate carried out free of charge at the expense of the state budget of the Republic of Armenia. That made it possible to collect qualitative and quantitative data on real estate units, as well as relatively complete and reliable data on rights and restrictions on real estate.

The implementation of the registration of rights stimulated the activation of the real estate market, as many real estate units, which were previously excluded from civil law filds, were brought into the legal, and therefore, taxation field.

During 2011, large-scale legal reforms were implemented in the system․ Service offices were created, real estate surveying activities were privatized, state registration of rights and information provision procedures were simplified, and the use of existing resources was optimized.

Within the framework of legal reforms, the Committee developed and submitted about 100 normative legal acts for consideration by the National Assembly and the Government of the Republic of Armenia.

According to the decision N 749-L of the RA Prime Minister of June 11, 2018, the authorized body managing the real estate cadastre was renamed the Cadastre Committee (state register of real estate).

The committee was headed by: